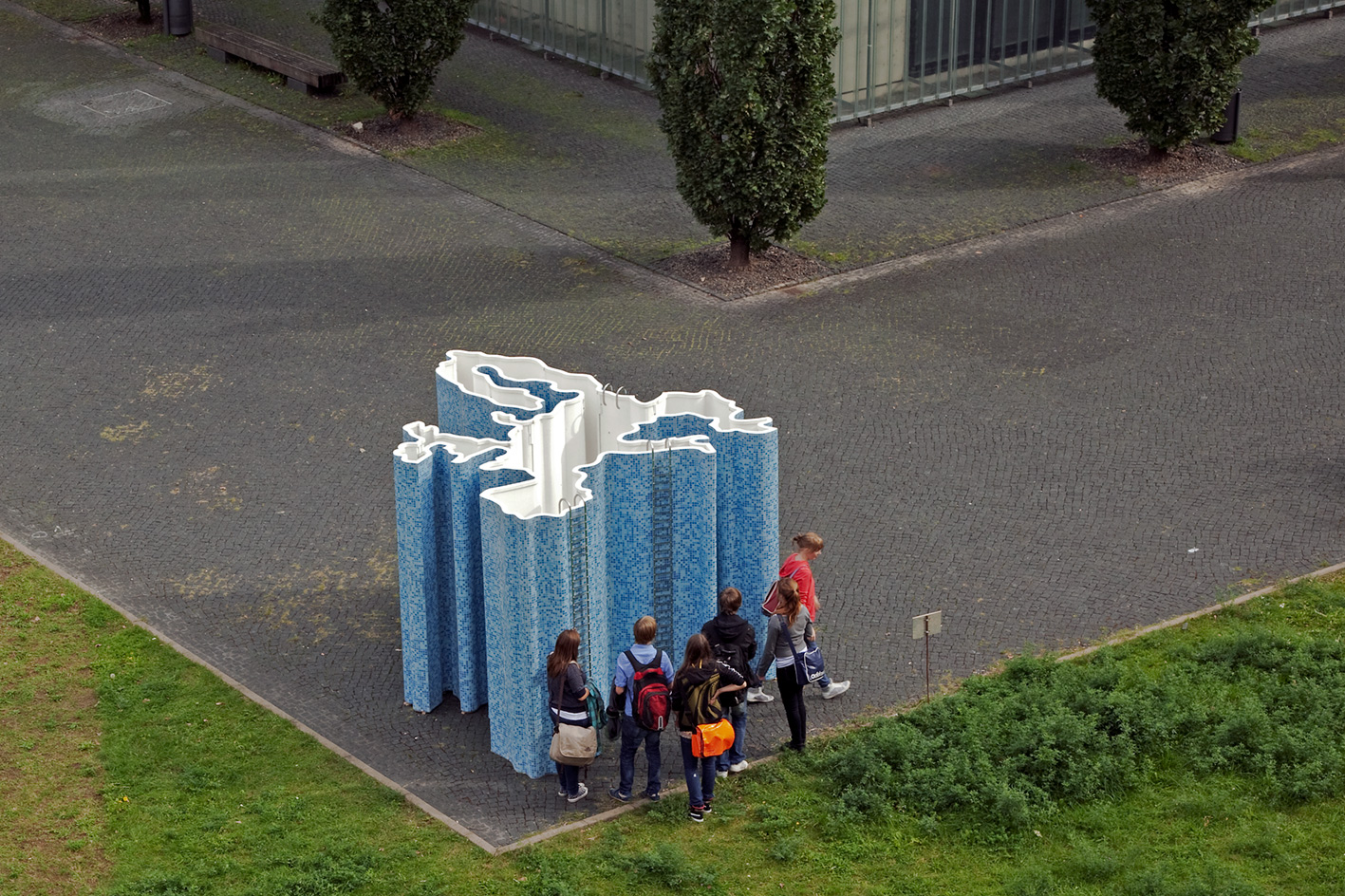 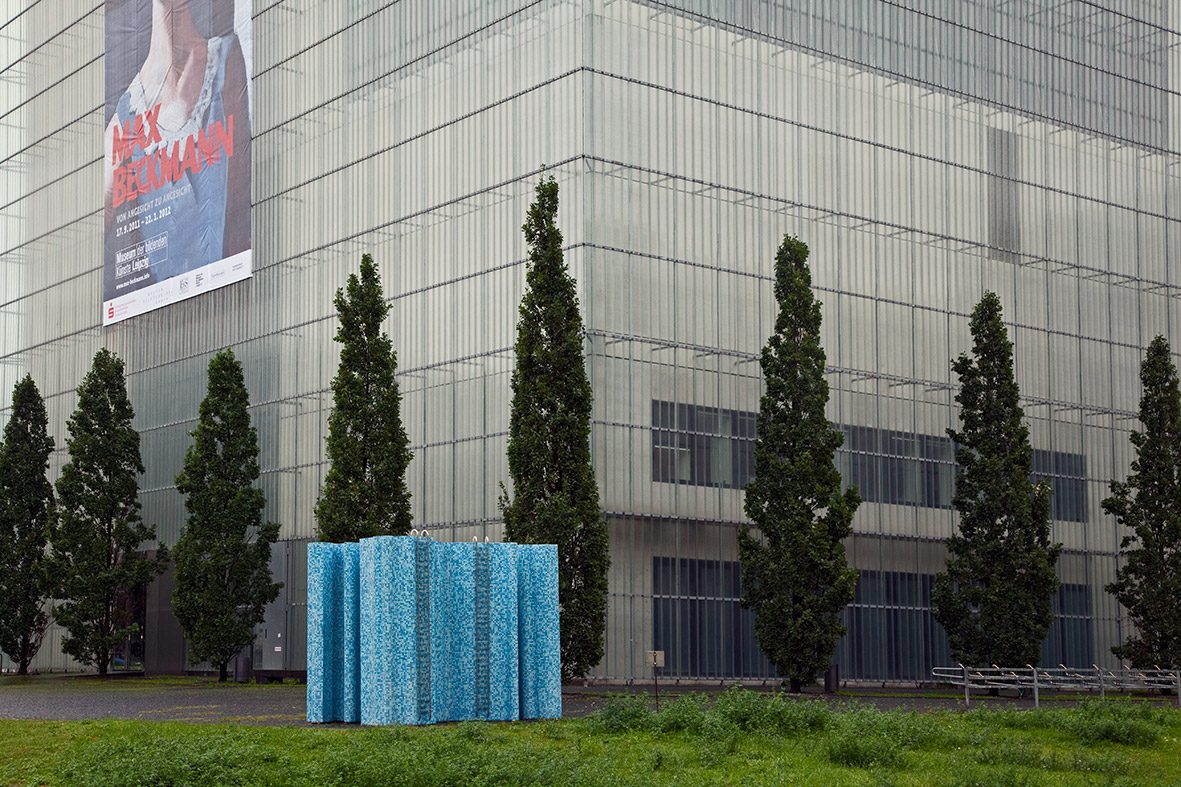 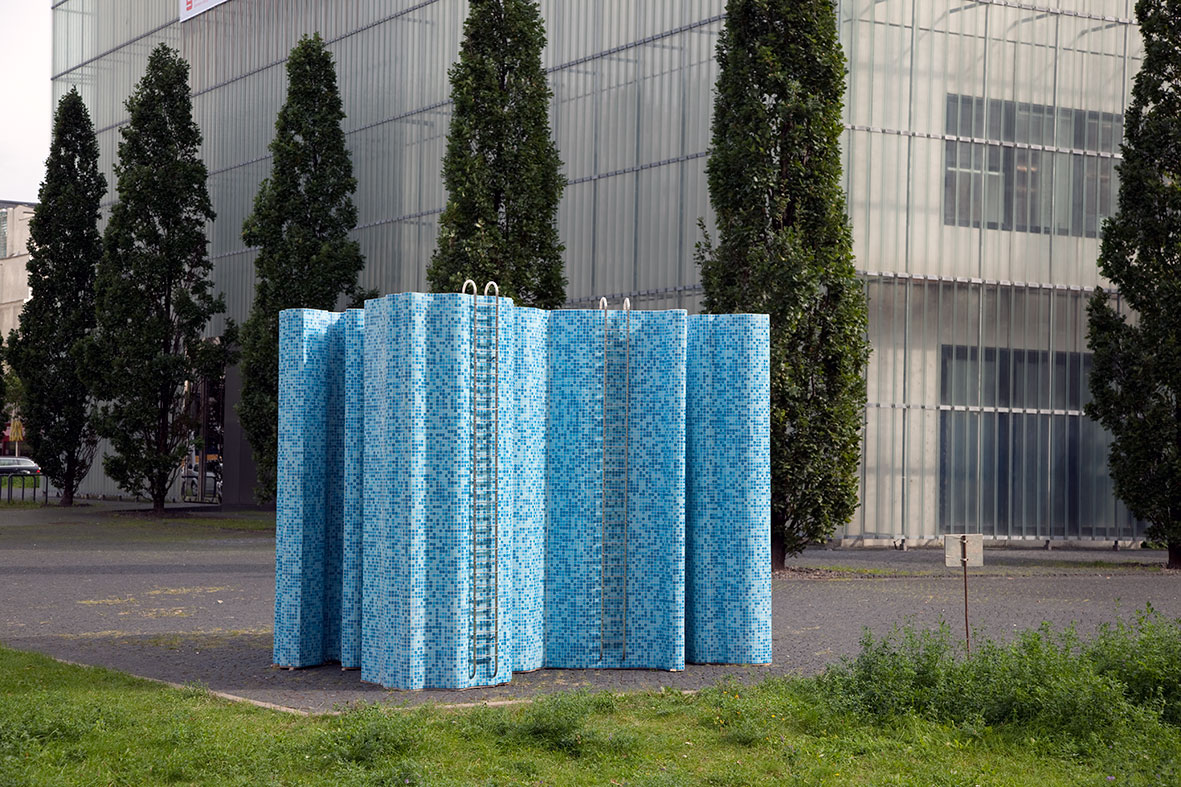 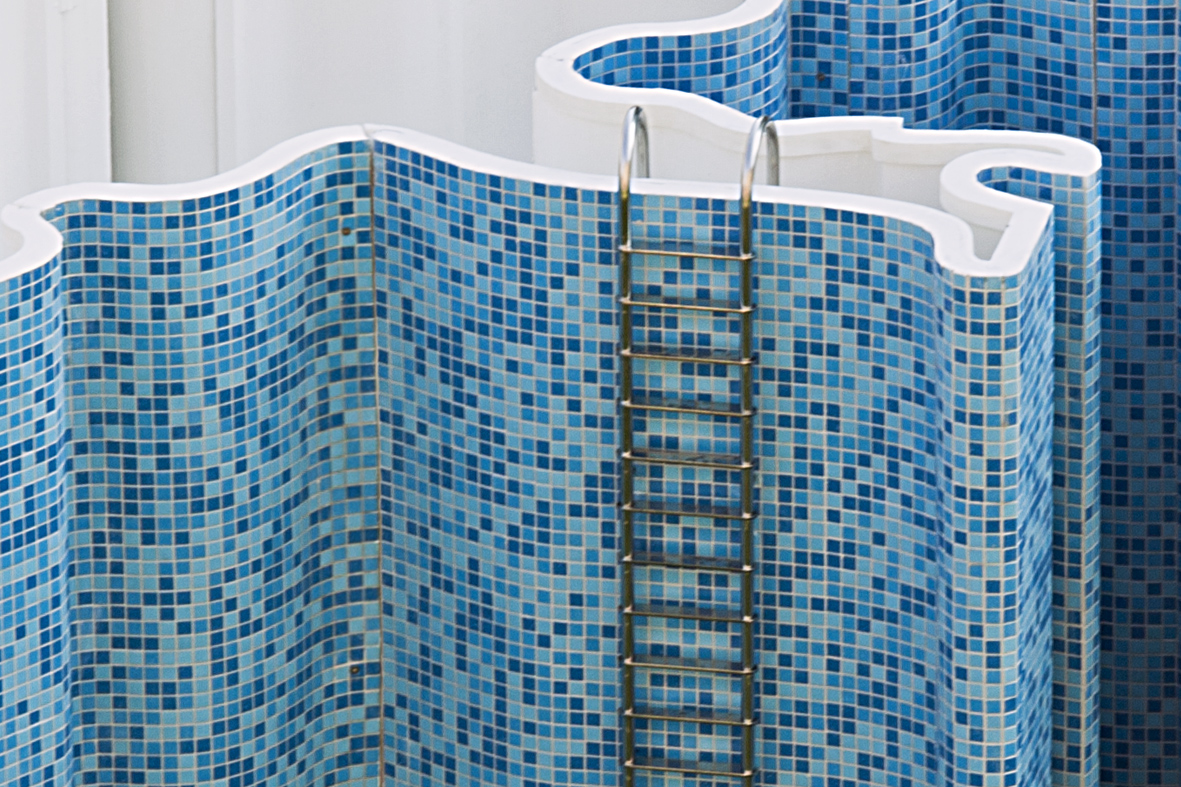 What is Europe? Who defines how and where it starts and where it ends? The Schengen agreement of 1995 abolished stationary border controls at the internal borders of the so-called Schengen States; the introduction of free movement of people and goods was guaranteed. Since the free crossing of borders has been questioned again by some people and states. So the current government of Denmark has reintroduced border controls with the argument to become able to face immigration problems and border crime.

With the installation “Schengen Pool” Victor López González designs an irritating space that challenges the status quo of mobility and restrictions.

The viewer is confronted with a swimming pool wall, which is turned inside out. This pool makes it impossible to recognize, first, that the basic form of the work represents a scaled map. This two-dimensional geographical and geopolitical representation visualizes the idea of Europe and the European Union as a whole. The perception of this construct as a whole is only possible from a high vantage point or through reproductions. The space has been virtually reversed and breaks with traditional conventions of proportion, between inside and outside, inclusion and exclusion. Who is allowed to enter, who has to stay outside? “Schengen pool” of González takes up the idea of European unity, a Europe without internal borders. It suggests to reflect on the external borders of Europe, on the conditions of migration and the universal rights of every human being.

The installation was realized with the kind support of:
Wedi GmbH (Emsdetten), ARWICUT-cutting technology (Halle), Cultural Foundation of Saxony (Germany)