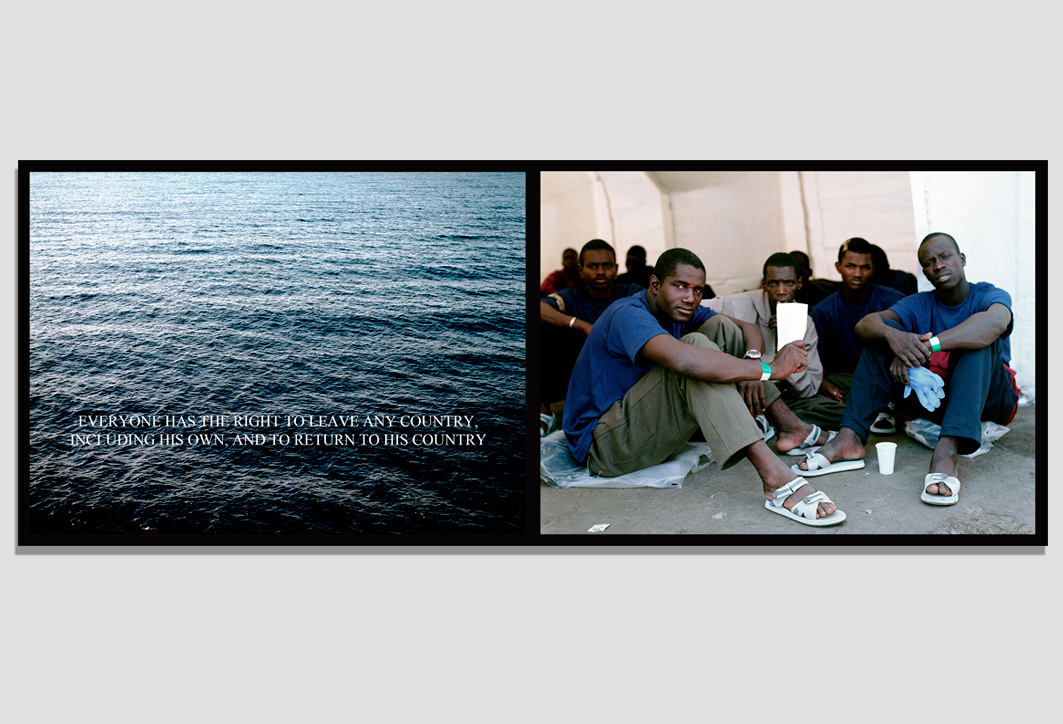 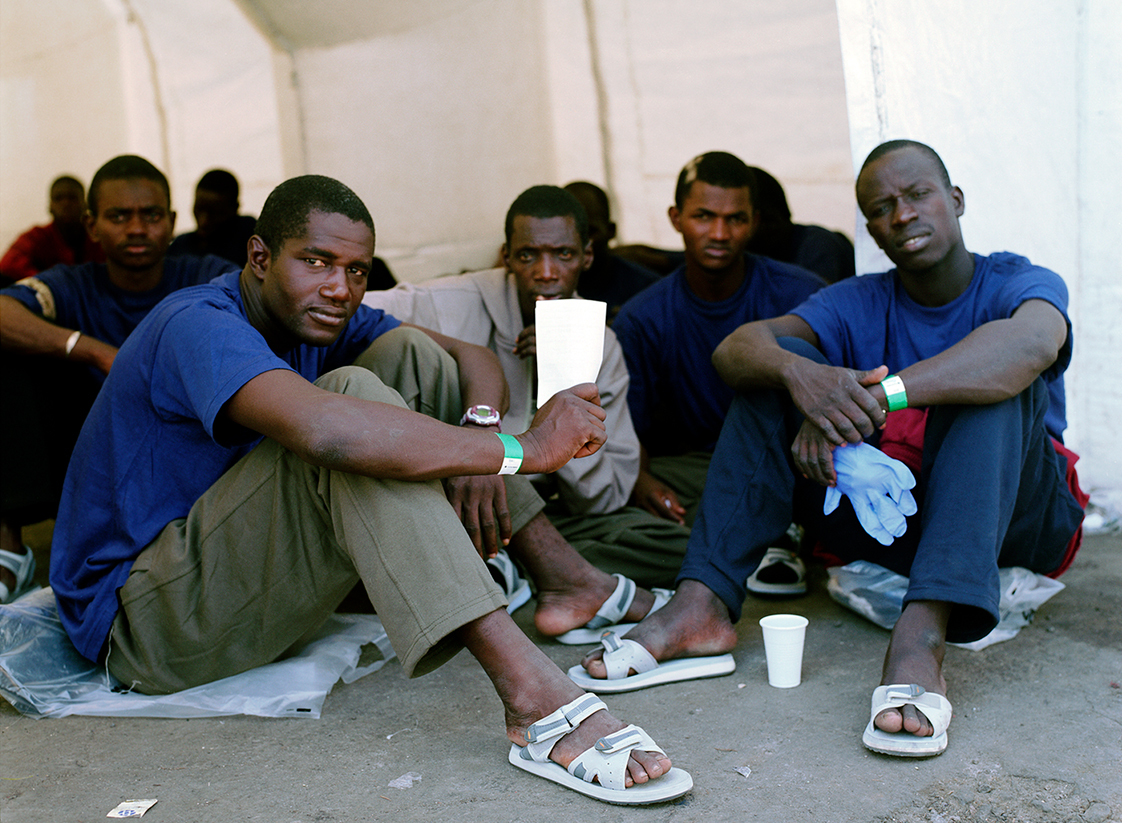 The project FESTLAND deals with the phenomenon of migration, focusing especially on the illegal immigration across the sea from Africa to Europe. The refugees who decide to get into a boat neither know how many days the crossing will last, nor whether they really will reach their target destination. These are sea voyages, from often more than thousand kilometers which have made the ocean to an invisible cemetery.

The number of the dead and missing people varies according to the information given by the media and organizations, certainly there are hundreds which lose their life in search of a future.

This future is characterized by the connection between two shores: Africa and Europe. Therefore, the project FESTLAND has been realized in two implementation periods: firstly, on the shore of the arrival, on Tenerife in 2006, and secondly on the shore of the departure, along the coast of Senegal in 2007-2008.

The majority of the photos of the first working phase show portraits of minor immigrants who have survived the boat trip of several days and have landed, finally, in Europe. They were accommodated in a centre for underage persons on Tenerife. These adolescents left their home in order to fight for a better future for themselves and their families, according to the slogan “Barça ou Barsakk” in wolof, “Barcelone ou la mort” in French, what means: “Barcelona or death”. Barcelona as symbol for wealth and prosperity – or the afterworld.

These young people, shown as individuals make clear that their situation cannot be reflected by easy statistics. Behind each one of them you find a personal unique story of struggle for survival.
The second part of the realization of the project has been transferred to the principal places of exit along the Senegalese coast. As in the first part of the work, the majority of the photos present portraits. They show mothers who have lost their men and sons in the sea.