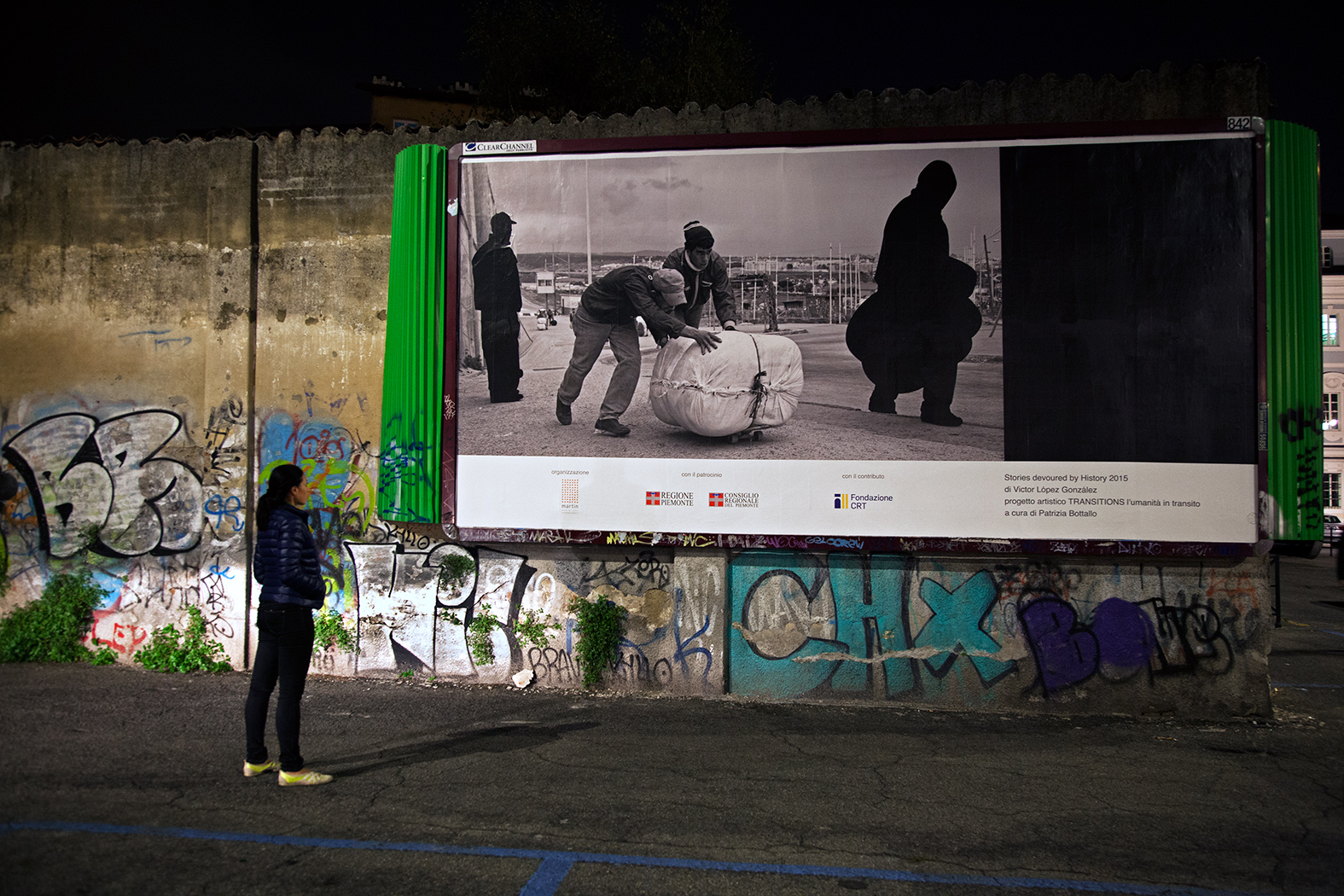 It is a site-specific work of participatory art, created inside the project “Transitions – Humanity in transit”. Three maxi posters, 6x3m size, placed in certain key points around the city of Turin.

In Amalia Piccinini Place, opposite the city’s Central Registry Office, a work will be displayed called Stories devoured by History. They involves three billboards in dialogue with each other. The title imprinted on a black background of the first billboard is explicit; history, symbolically represented with a black pattern, consumes the lives of Moroccans living in Ceuta and Melilla, victims of unusual trading, or rather, tolerated smuggling.
At the corner of Via Massari and Via Chiesa della Salute there is a double-sided installation which faces towards the traffic on one side and a public children’s playground on the other. Here, two works have been chosen: Article 13 and Gold Euro.

Article 13 recites the second paragraph of the article in the same name from the Universal Declaration of Human Rights of 1948: “everyone has the right to leave any country, including his own, and to return to his country”. The words are imprinted on a photograph that has sea water as its background, taken by the artist in Tenerife in 2006, in memory of the Senegalese migrant shipwrecks which were headed for the Spanish refuge centre on the island.

The posters are transformed for a month into real examples of public artworks, visual windows that instead of serving as advertising media are used in the name of art and culture. 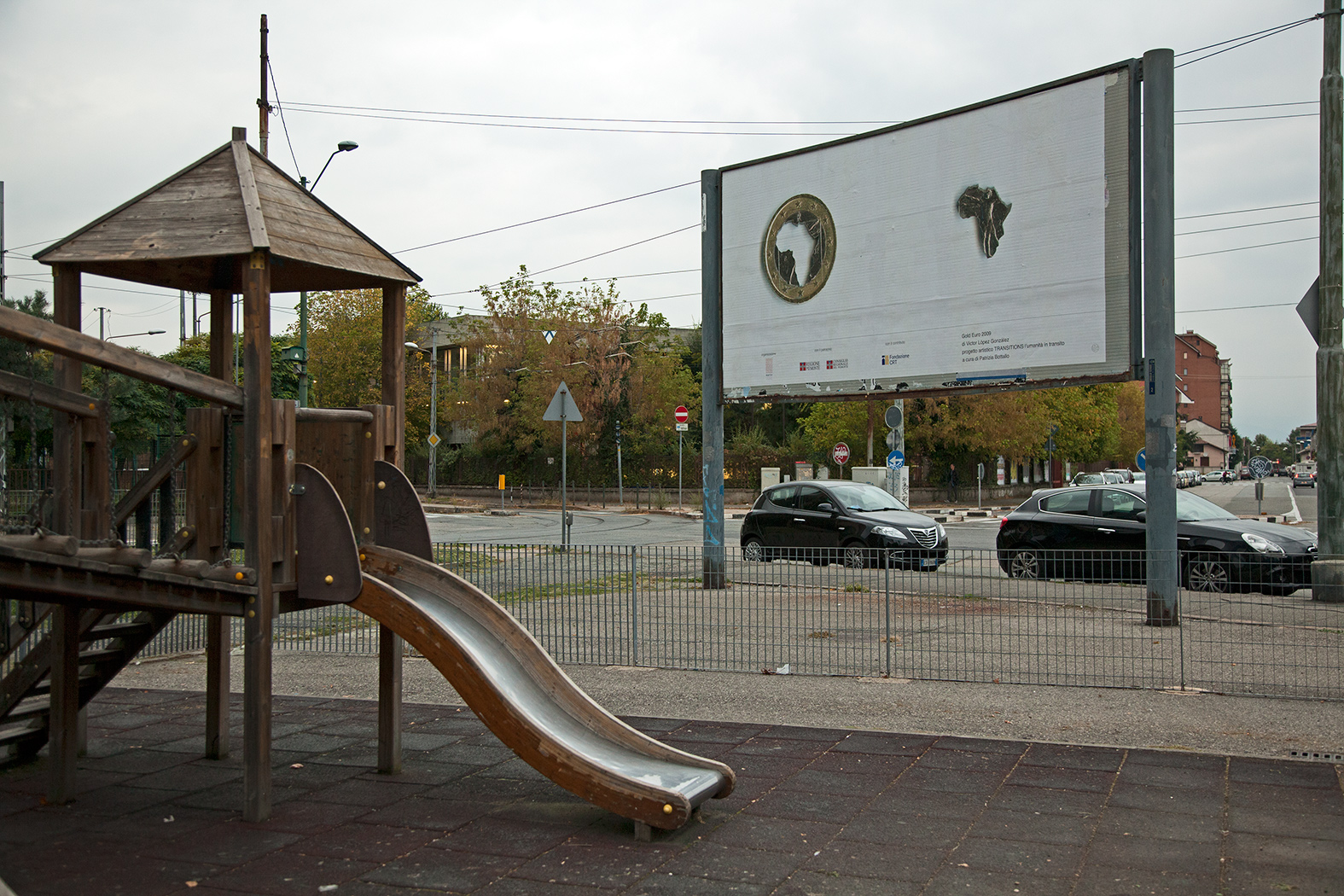 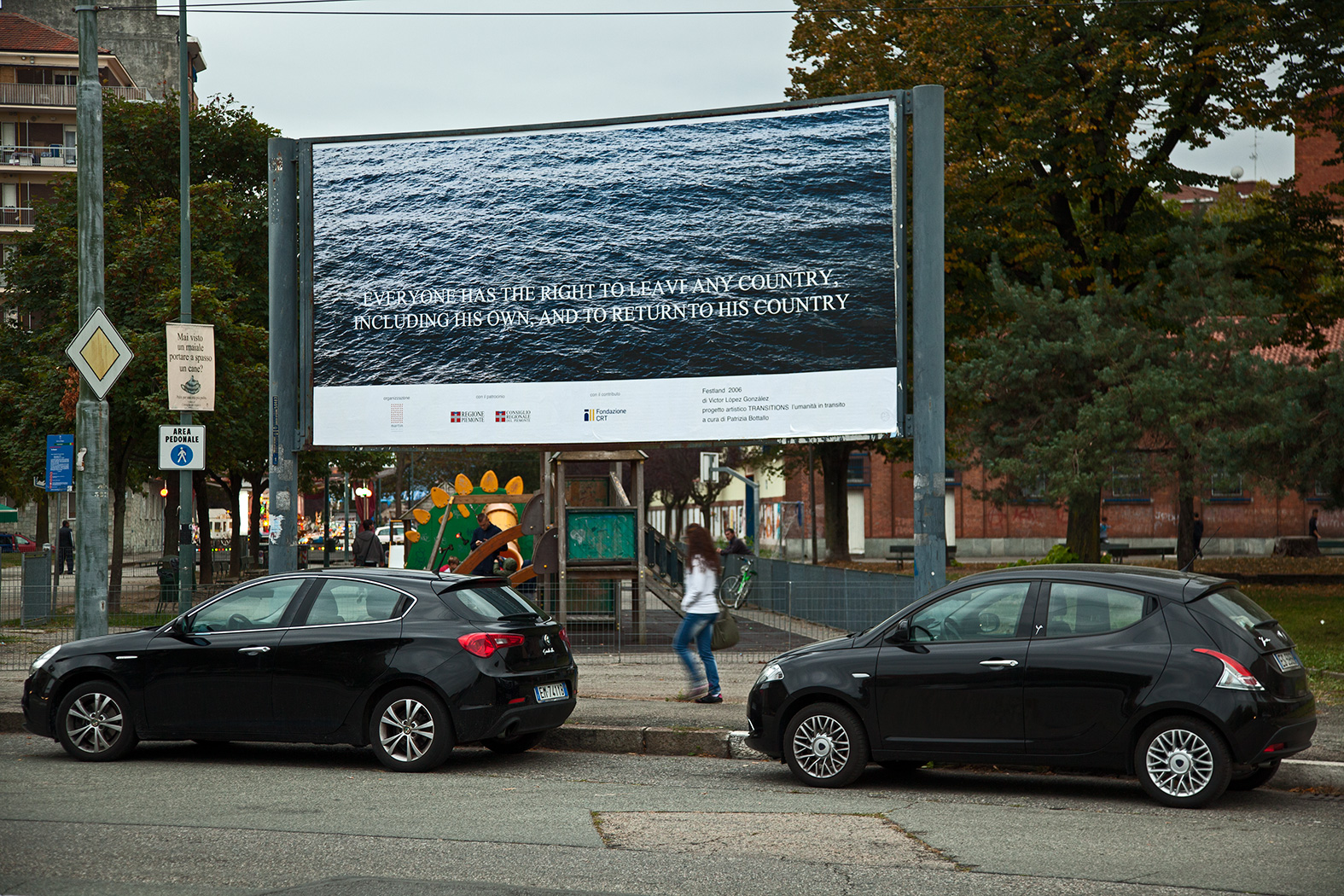 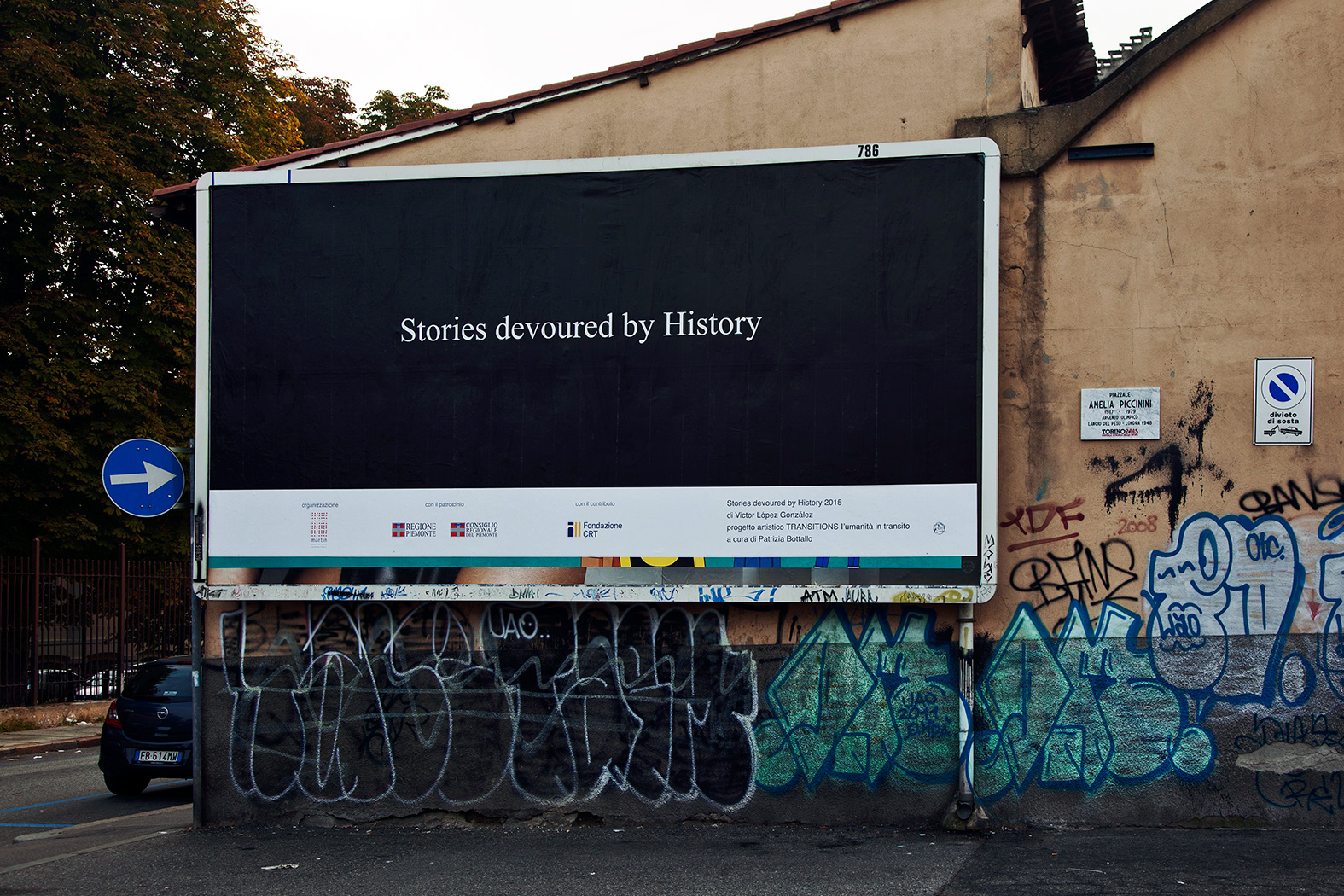