This video is part of the ATLAS project started in 2013 and still in progress, in which the artist investigates methods and processes of the global economy and the subsistence economy.
Karima, Mina and Fatima are three Moroccan women who work and help old people in Ceuta, the Spanish autonomous city situated in North Africa, surrounded by Morocco and overlooking the Mediterranean Sea near the Straits of Gibraltar. Together with Melilla, Ceuta is tragically known for its double barrier of barbed wire, 8 km long and 3 metres high, with alternating surveillance posts, trenches for the passage of security vehicles and cables located on the ground. These are connected to a network of electronic audio and visual sensors constructed by Spain, with the consent of the European Community, in order to hinder or prevent illegal immigration and smuggling.
Only one of them is taken regularly, while the others must endure long queues at the border on a daily basis, with the constant risk of not being let through and therefore losing their jobs.
These women talk about their living conditions, their work and their perceptions about the border.
The speech of the first woman, Karima, is only partially subtitled. Once they are through the customs gates, the conversation turns into Arabic without subtitles. In doing this, the artist intends to also convey to the viewer the difficulties and the alienation of the “linguistic border”.
The background melody is the anthem of Europe from the Ninth Symphony composed in 1823 by Ludwig van Beethoven, who set to music Friedrich Schiller’s 1785 “Ode to Joy”. In 1972 the Council of Europe adopted the theme of Beethoven’s the Ode to Joy as its national anthem. In 1985 it was chosen by the Heads of State and Government of the Member States as the official anthem of the European Union. The anthem has no lyrics and comprises only the instrumental music. In the universal language of music, this hymn expresses the ideals of freedom, peace and solidarity pursued by Europe.
In the video the artist presents the theme deliberately slowed down, cut and interrupted, to reflect the idea that the global recognition of the fundamental rights of man today likewise appear to be slowed down, cut and interrupted. 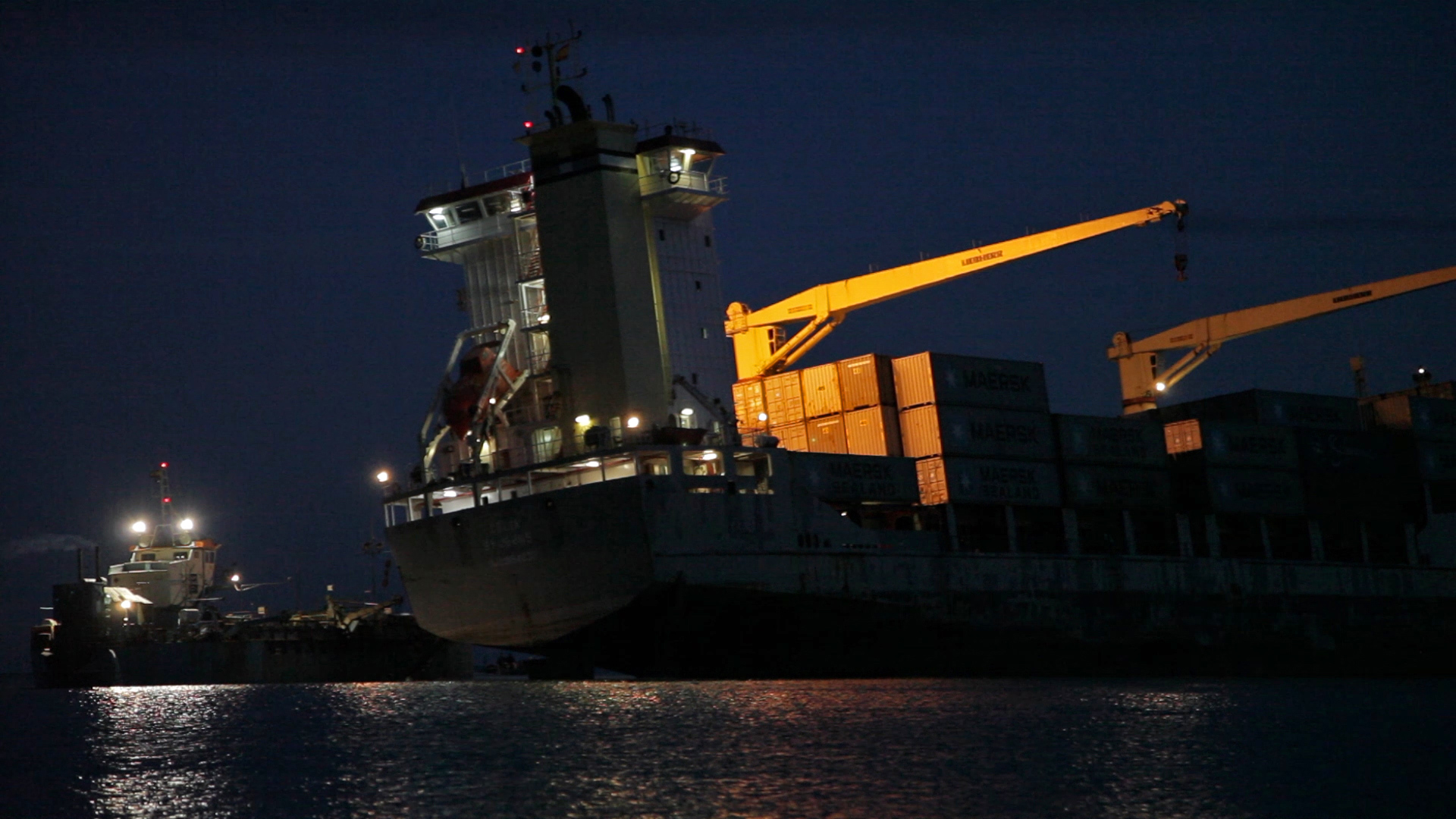