THE SMUGGLER OF IMAGES
2012 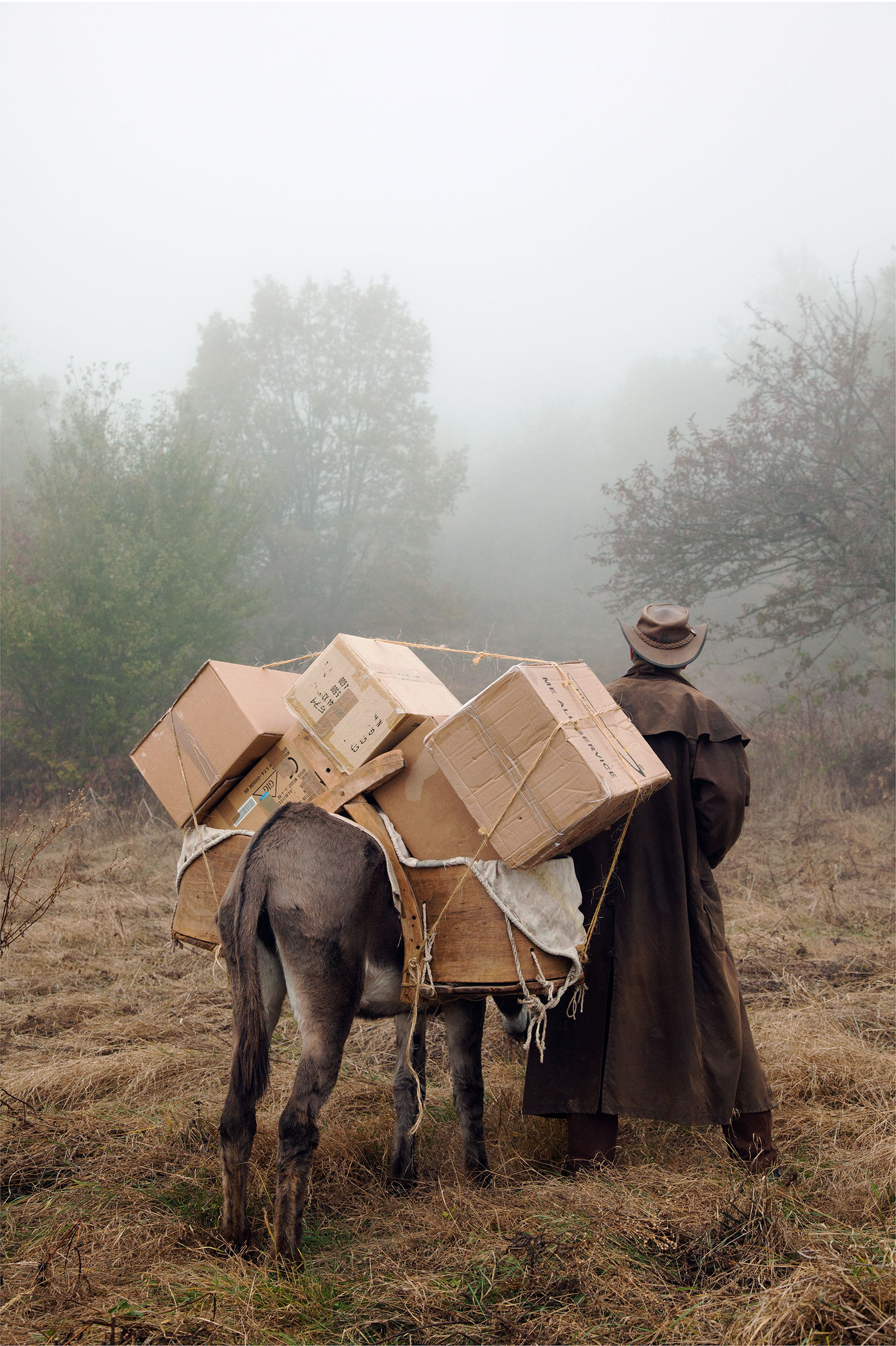 CONTRABANDIST ARRESTED ON THE BORDER

The fiscal authorities have arrested a smuggler in a nonidentified location near the Italian-French border in the Stura Valley, while this one intended to traffic with images between both countries.
The individual without apparent nationality was captured when he tried to transgress the border line with the help of donkeys.
The customs patrol found in his possession a large number of images of uncertain value.
The arrested person alleged in his defense the ignorance of the existence of the border and therefore of any illegal action.

The work «The smuggler of images» is based on the idea of deconstruction and questioning the concepts of borders using the figure of a smuggler as symbol and allegory of a person who exceeds these limits and therefore ignores them
The work uses a labyrinthine narrative strategy with various levels of «reality» to create a common space in the time.
In the photo installation appear images from different geographical regions of the Italian border area to France, and converge with shots of the house of the fictitious smuggler that are located there, which suggests a common cartography for both protagonists and a way of thinking about history. 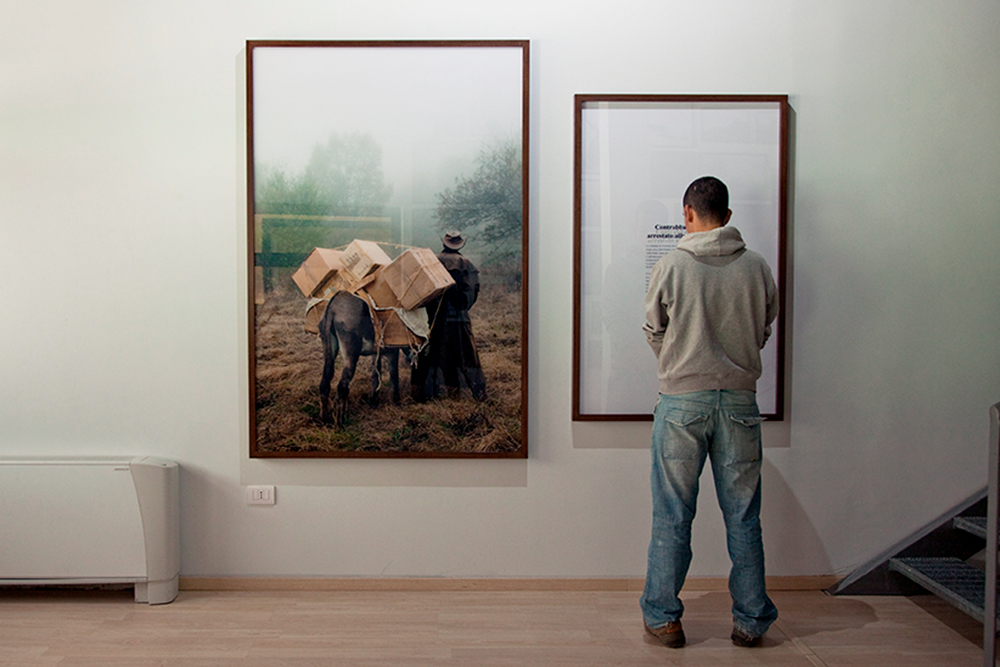