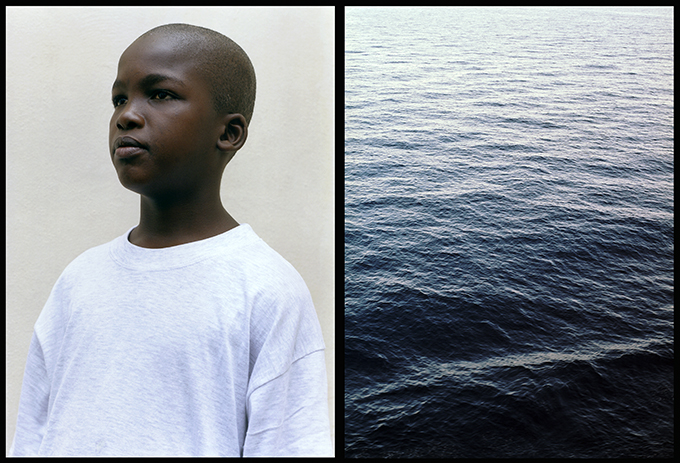 We are living in a democratic and developed society, but this society lives with a contradiction. It claims rights and freedoms inside a frame of equality and equalization. At the same time our society approves a policy which establishes limits and borders towards the exterior.

The «Others» who come across the borders from other places, from other living conditions, are often forced to leave their families and their country.

Mohamed is one of them, he‛s the son of a fisherman. With twelve years he had to do a long and dangerous crossing in an immigrant‛s boat (cayuco). In contrast to other refugees he had the luck to reach the other shore.

But his uncertain future like his past is determined by Europe. The base of life was taken by the industrial over-fishing along the West-African coast. The fish populations of his country have decreased significantly, the last ones are ending in the nets of the «others», the foreign trawlers.

As immigrant in Europe Mohamed finds itself in a new society. Our society maybe will receive him or reject him, understand or mistrust him, will classify him as legal or illegal.