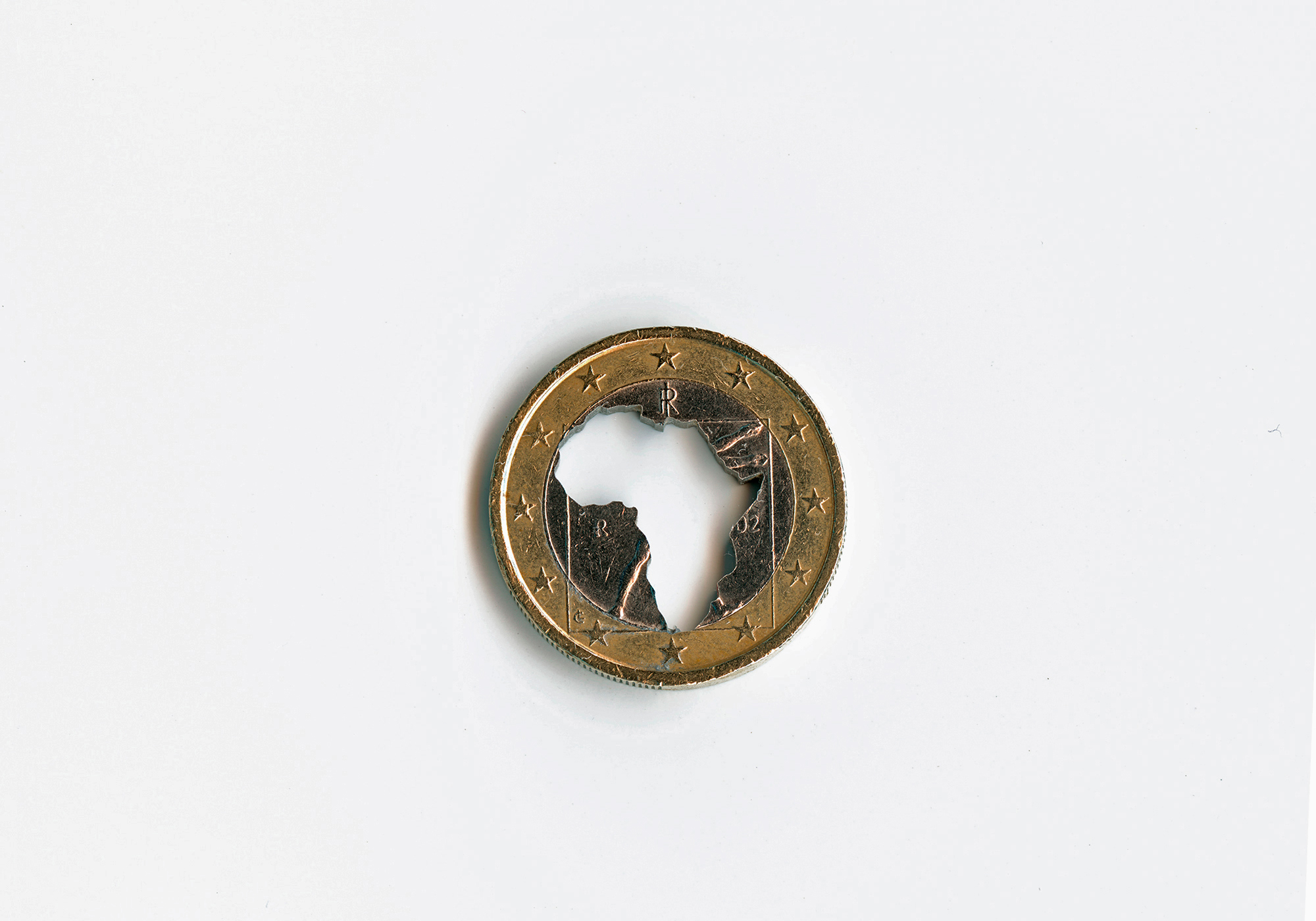 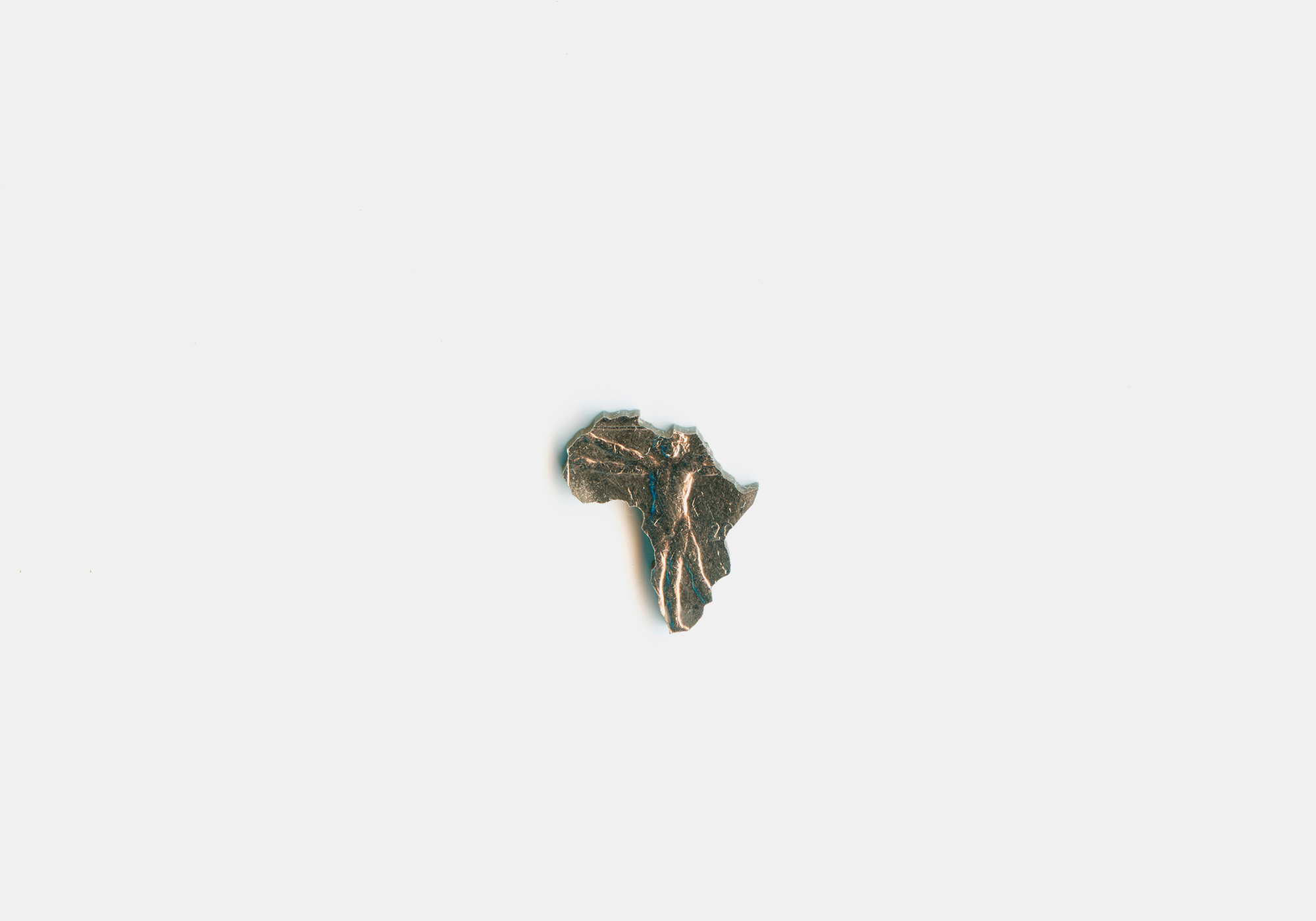 This is a small scale work, that is able to hold the potential to generate a discourse which puts into question the power relations between the North and the South, between one continent and another.

Gold Euro comes from the reflection on the economic, geopolitical and strategic influence between Europe and Africa, expanding the mere economic value of the coin, transferring it conceptually an ethical one.

The map emerging from the Euro shows a spatial metaphor about the idea of territorial limit expanding its significance.