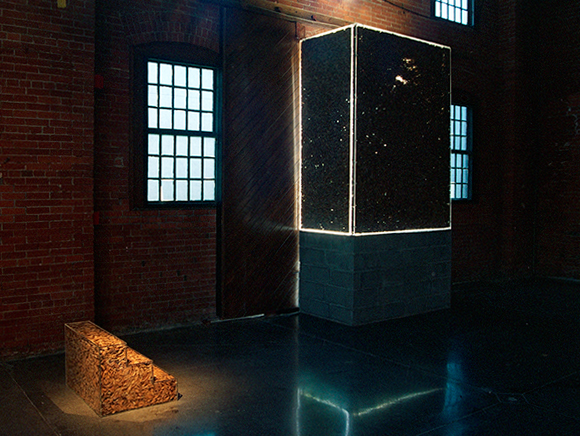 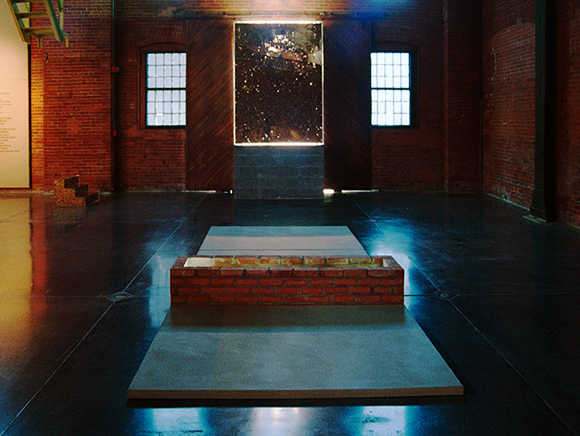 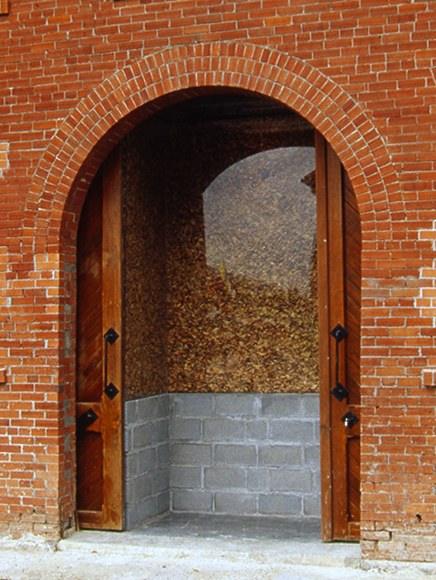 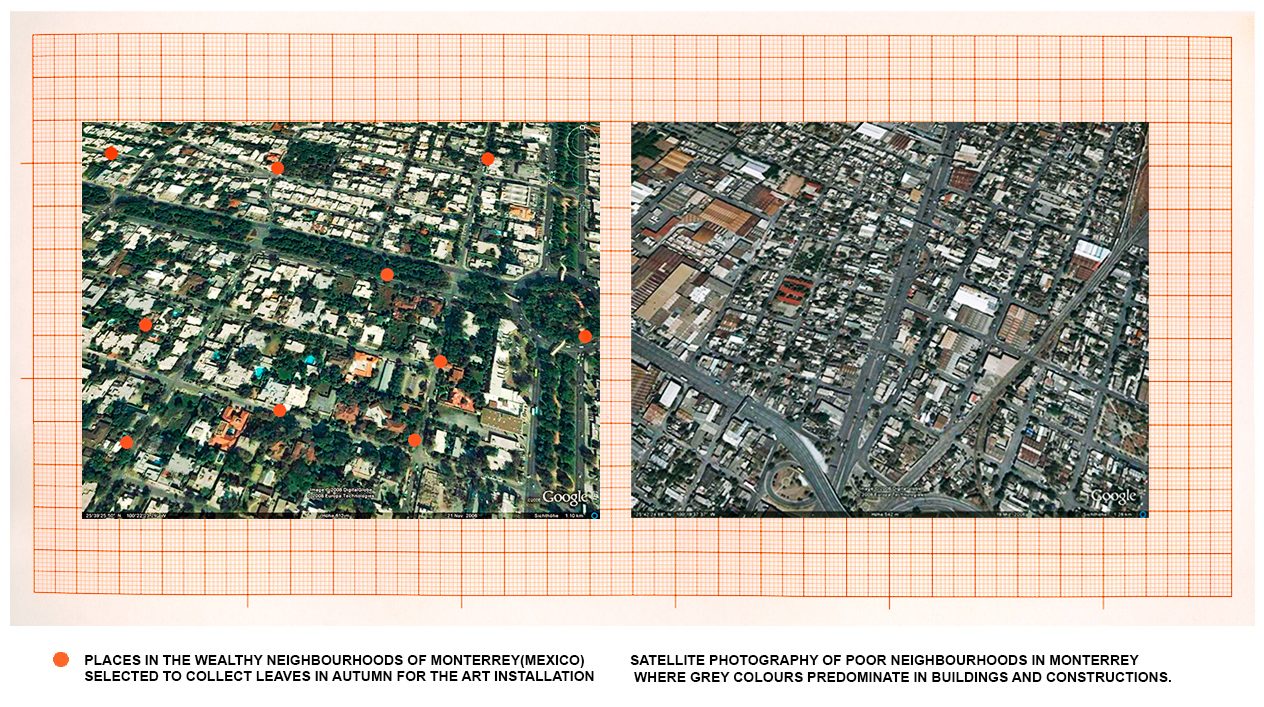 This installation reflects the socio-economic differences that are visible in the city of Monterrey (Mexico’s most important industrial centre in the north of the country). The elements and materials of the installation were associated with the different social groups of this city.
The dry leaves represent the higher social classes (15% of the population).
They were collected in autumn in the luxury neighbourhoods where this richer group lives and where the green areas of the city are concentrated.
The elements of the installation, made with cement, speak of the poor social classes. The majority of the houses of these classes were constructed from cement blocks by their inhabitants themselves (autoconstruido). Looking at these districts of the city, the grey dominates, because the houses remain without paint due to lack of money and because green spaces are missing in these neighbourhoods.
One of the entrance gates to the museum has been walled up and made unusable for the public by a wall made of cement blocks and dry leaves. 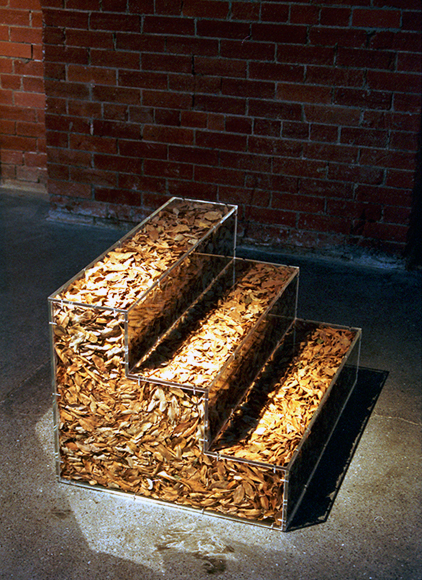 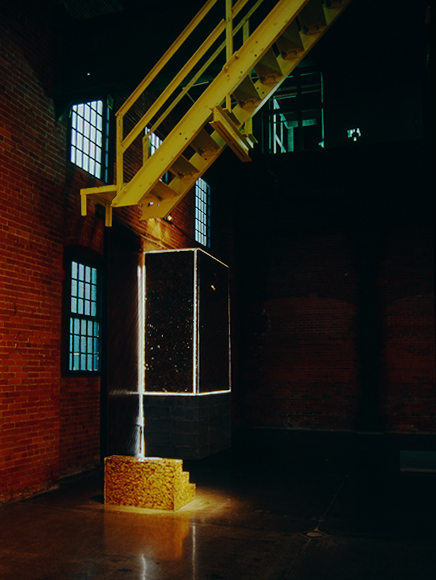